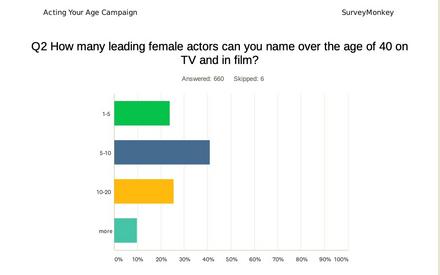 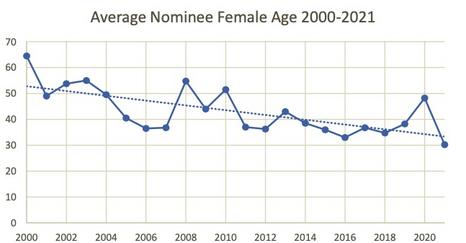 ​In 2018 I launched the acting your age campaign because two years previously, I'd decided to restart my acting career because my family caring duties of the last two decades had significantly reduced. At my age it appears that I definitely chose not just to push a penny up a mountain with my nose, but a penny that had been welded to the ground and encased in concrete with a sign on it saying "Not this penny, not this mountain and not ever"

I can't claim that my age is the only reason but as a woman in middle age, it's a really big reason.

As I began to look closely at the industry I wanted to rejoin, I found that middle aged women are decidedly absent and that's interesting because middle-aged men still have at least twenty, if not thirty years of their career ahead of them in the industry, as my Acting Your Age Campaign research data shows

In the last 21 years of BAFTA leading TV actress awards the average age of female nominees has trended down from age 52 to age 32.

However for male actors during the same time frame the average age of nominess has fallen from age 48 to age 45.

From light entertainment to the latest Mission Impossible episode in the behemoth franchise, women in middle age are notably absent.

All the middle aged men in many of the shows that I've seen, have much younger on screen wives and yet in my own friendship group this isn't the case. Still on TV and in film male actors are paired romantically with women, decades younger than they are.

Just at an age when we have the wealth of experience to really inform our performances, we face the scrapheap challenge. Yet our stories, diverse, intricate and often tales of survival, are ignored or traduced to the worst of ourselves

We can and we should be featured routinely as the stories of our lives are written and told, promoted and sold, because our demographic is there to be found. If we're not confident that we'll be involved, we're not going to participate. I believe there is an untapped demographic of middle aged women unused to recognising ourselves onscreen and unhappy that this gendered ageist baton is being handed to the next generation of young women in some awful relay race of exclusion.

I want people to join with me in highlighting that middle aged women like me who first harboured creative ambitions as teenagers at drama school; don't have to stop achieving the equality of creative expression just because we reach middle age

I don't want my data to reflect that only 9% of UK audiences can recognise more than 15 women over the age of 45 on our screens compared to 48% of audiences easily able to identify more than 15 men of that age on screen but it does.

But by July 2021 after 3 years of trying to get the media interested in the exclusion of women because we age, I was about ready to quit. Fighting ageism as a woman in my middle 50's takes it's toll. Being ignored stonewalled and gaslit that there really isn't a problem takes it's toll & the silencing and censure of women for speaking out about an idustry known, known takes it's toll.

I announced on social media that regretfully, I was closing the campaign and there was an overwhelming response. Women & men in the idustry and outsde it, urged me not to. Sally Phillips spoke out about my campaign closing on BBC Woman's Hour and Julie Graham made a video in support.  on Instagram.

I decided to host a panel of brilliant women to look at whether I should close and the response was that I should keep fighting for women's representation.

It was wonderful. So I'm fighting on and still getting the most amazing support this time from Actors, who are speaking out brilliantly about the exclusion of women and signing up to my Acting Your Age Campaign parity pledge, #DontCastHerOut

Caroline Dineage MP (Minister for State for Digital and Culture)

Caroline Nokes MP (Chair of the Women and Equalities Committee) 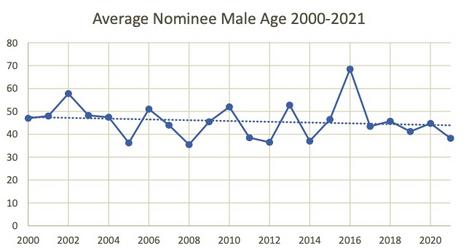 The Stage
Independent
The Guardian
View on Mobile