During my years of membership of Labour , I've participated in several street stalls, many hard yards of leafletting and I supported local and parliamentary candidates, by making short filmed interviews and canvassing for them.

I fought very hard to save a day centre locally and garnered enough signatures for my council to debate the closure after I delivered an address to the full council. Sadly the centre closed for good, despite all of our efforts.

I joined the Shrewsbury march against the cuts, in February 2011 and because of my campaigning I was invited to speak at the rally in the square, where the march ended.

I'm also very supportive of Jess Phillips and Diane Abbott, two Labour women who have been personally and publicly supportive of my fight for my daughter Emily who has autism epilepsy and who is profoundly learning disabled.

Jess and Diane both encounter sexist, misogynist and in Diane's case, racist abuse, online daily. I love them both for their stoicism, energy and dedication to the fight for equality.

My political activism began officially, when I joined the Labour Party in 2010. I'd always voted Labour but prior to the general Election I needed to do everything I could to prevent was I believed would be a catastrophic Tory government.

I canvassed and leafletted for our local parliamentary candidate and the chair of my Constituency Labour Party, Alan Mosley, asked me to become CLP secretary. I also became branch secretary, as we tried to reinstate our local branch and I became disability officer.

I met many lovely people locally, especially councillor Liz Parsons, Liz had lived for many years with a disability and was one of the kindest and most supportive women, I ever met.

I loved Liz. her courage, compassion, strength and determination to stand up to injustice was typically her and notably present in all the Labour women I know. 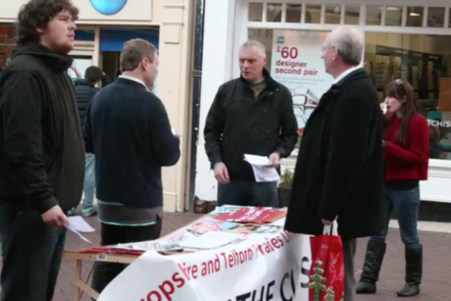 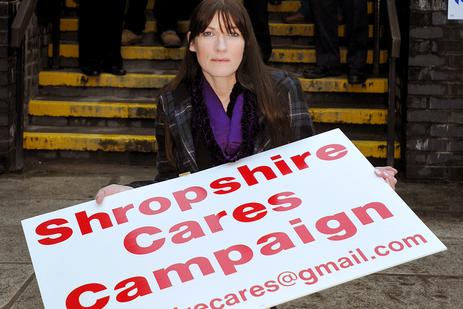 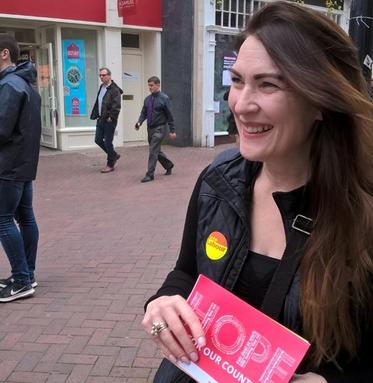 I've stood for selection in two council seats in the last couple of years, as the problem of sexism within politics, requires more women to step forward and redress the gender imbalance.

In 2017 when Theresa May announced the snap election I submitted my name for consideration as a Labour parliamentary candidate. Due to the significantly shortened timeframe, the usual selection process had to be curtailed.

It was decided that the Parliamentary candidates from 2015 would be offered the opportunity to stand again and I enthusiastically canvassed for our candidate.

The Labour Women's Network is fantastic in offering training and support to women who want to stand for selection and election. I really enjoyed the training I did in 2011 and would encourage any woman who is considering standing for their CLP or their Council seats, to do the same.

I love my home town and I've lived her from the age of four. It's where my children were born and educated and where I learnt about the battle for services and provision, in fighting for my disabled children and caring for my mum after she was diagnosed with Alzheimers.

I support my party and want more than anything for the unity of all pews in the broad church of Labour to continue. I'll be leafleting and joining in with street stalls, going to Labour Party meetings, campaigning for disability rights and calling out the government for their policies on Twitter.

My most recent campaign is called Parking Points and I wrote about it for The Guardian, here.

It highlights that people with learning disability, Alzheimers disease and other invisible disabilities who moved from Disability Living Allowance, to Personal Independence Payments had their Blue Badges taken away.

I'm pleased to say that my petition has garnered cross party support from Shropshire Council, when it was raised at the scrutiny committee by Councillor Pam Moseley, earlier this year.